This topic describes the user interface for creating a conversational flow between a user and a Virtual Assistant in a dialog task using the Dialog Builder tool in Kore.ai XO Platform.

The following sections detail the properties for this node in the new dialog builder, introduced in v9.0 of the platform. For the details related to the older legacy builder, refer here. 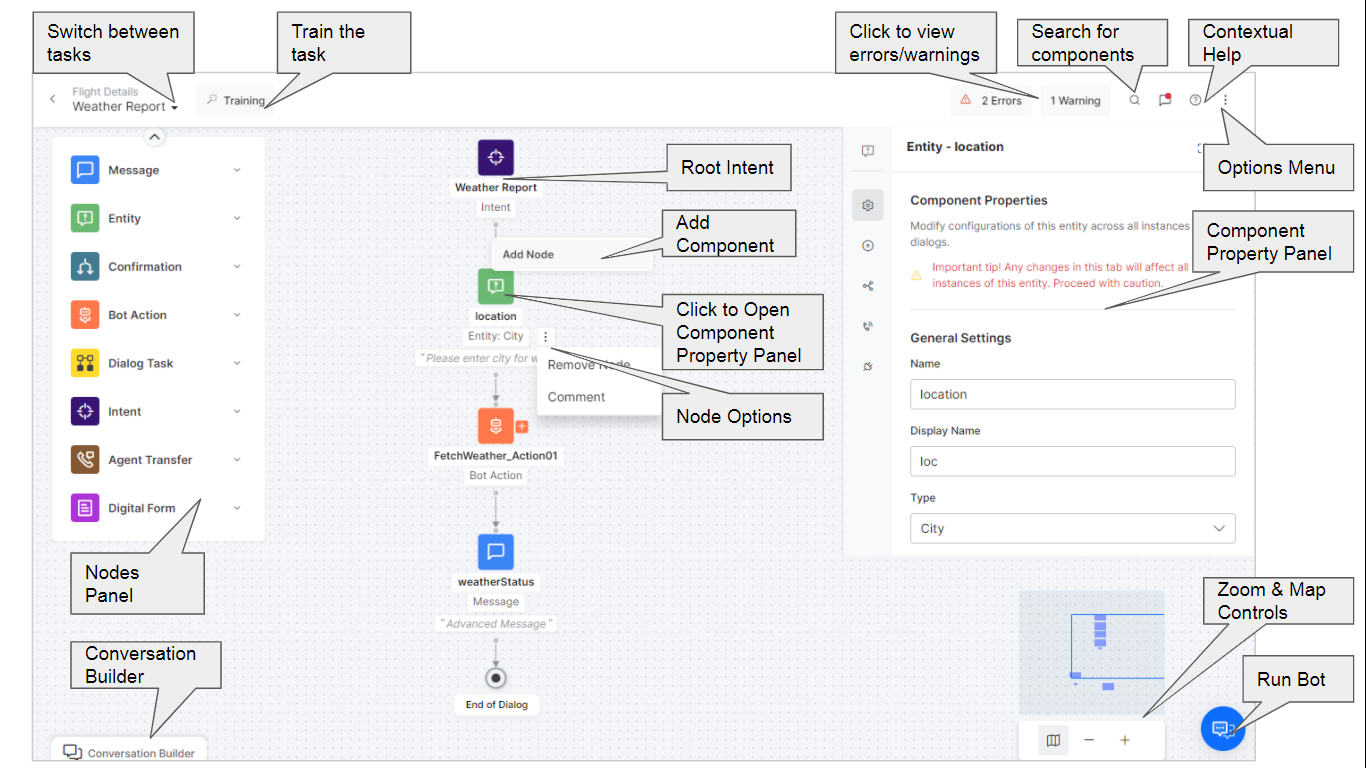 In ver9.0 of the platform, Conversation Driven Dialog Builder was introduced. This dialog builder allows you to build the dialog tasks in one of the following three ways:

You can add nodes by dragging the node from the panel to the designated place in the dialog task. Use the drop-down to reuse existing nodes and drag and drop the same. 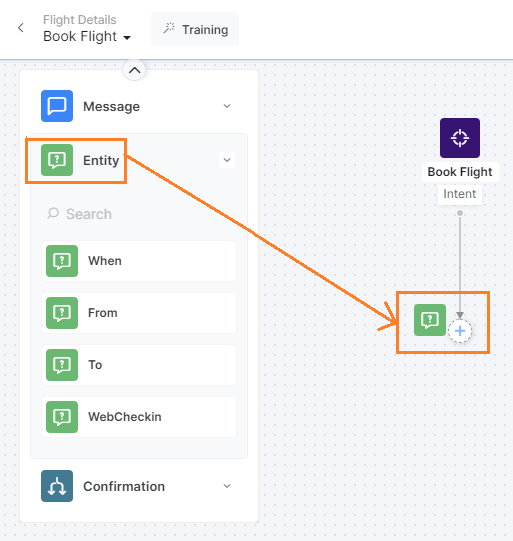 Use the + button next to the node where you want to add another node. You can either add a new node or use an existing node. 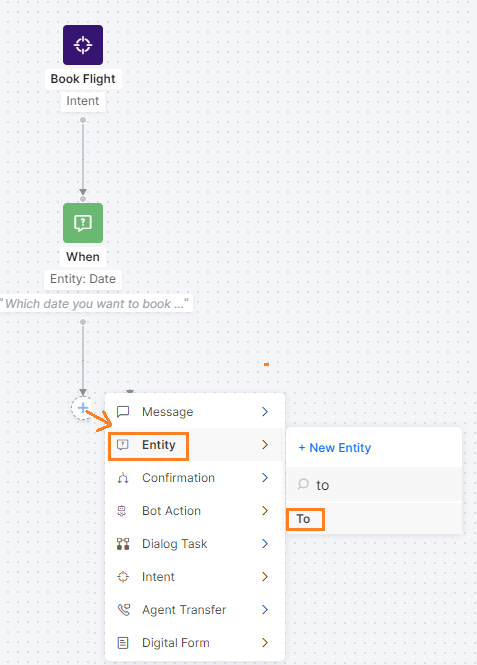 You can use the Add Node button visible on hover over the connector line, to add nodes between two existing nodes. You can create a new node or pick from the existing node list. 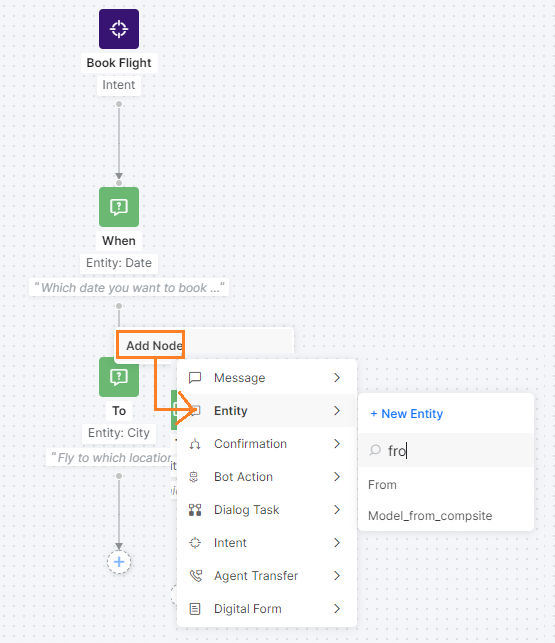 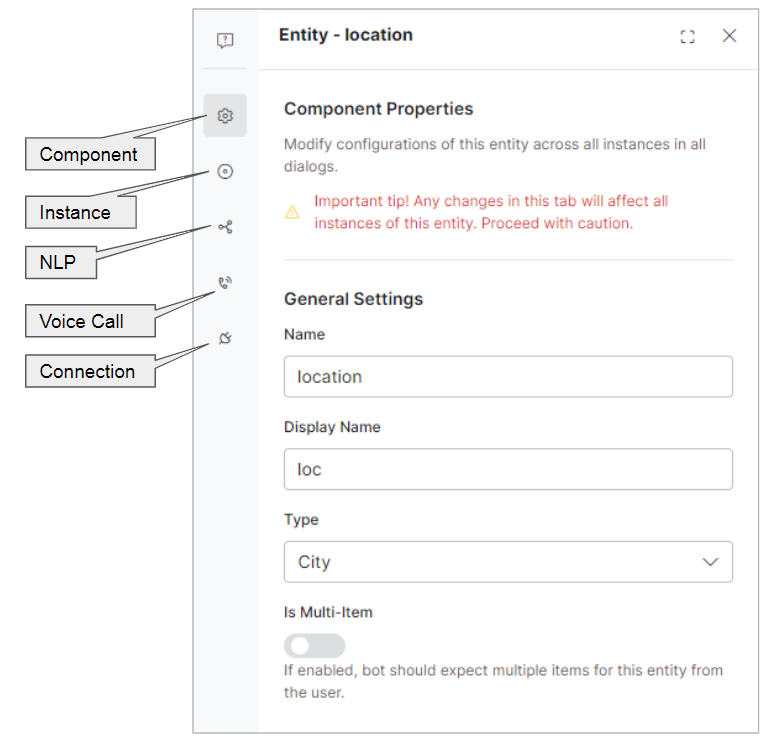 Depending on the type of component added, you can define various settings in the Properties panel. For more information, see the corresponding component types of documentation.

Note: This node was introduced in v9.0 of the platform as a container for Service, Script, etc nodes.

VA Action nodes include the following nodes which need processing by the VA without user interaction:

You can group nodes to improve the user experience with follow-ups, digressions, and amending entity values.

To add a group node to the dialog task, follow the below steps:

The Options menu is your access to Dialog Builder tool settings and commands such as view settings, dialog task settings, and dialog import and export. To access commands,

You can use Display Options to reduce unnecessary node information and better utilize screen real estate.
You can show or hide some or all node types, node details, or connection details displayed in the Dialog Builder.

Zoom Options are used to:

Additional Zoom Option controls are available at the bottom-left of the Dialog Task builder shown in the following illustration. 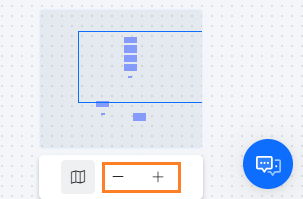 The Dialog Settings dialog allows you to modify the dialog task basic settings, and if desired, set the visibility of a dialog to create a hidden dialog task that is available for use, but not shown as a VA task. 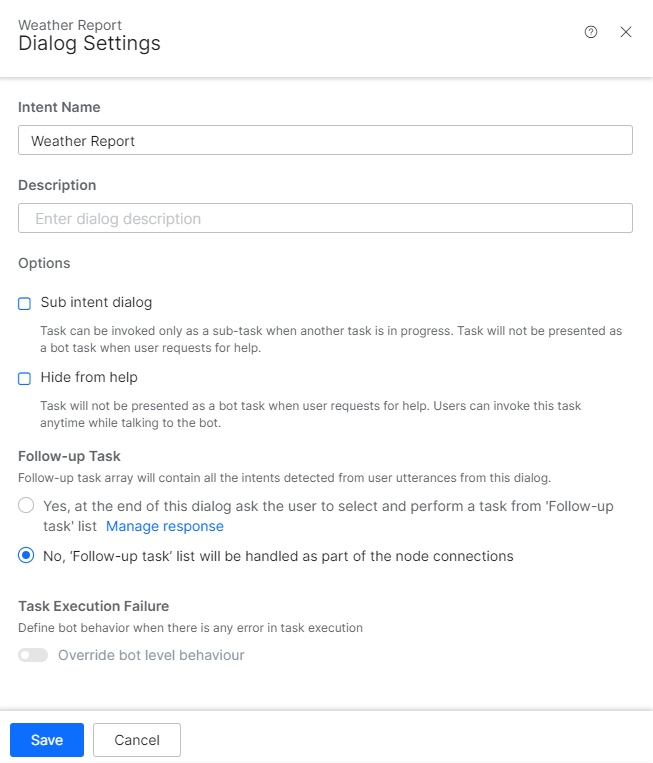 Add or modify the following settings for each dialog:

A real-time set of errors and warnings are available as you define your dialog task located on the top-right of the Dialog Builder. Click the information icon to display any errors or warnings as shown in the following illustration.