The Bot Action Node can be used for any action that the bot is expected to perform without interaction with the user. It can be used as a container for service, script, webhook, logic and process nodes. This node type has been introduced in v. 9.0 of the XO Platform.

This article takes you through the functionality of the primary Bot Action node. For information on contained nodes, please see their respective documentation.

The Bot Action Node allows you to:

Setting up a Bot Action node in a dialog task involves the following steps:

The following sections detail the properties for this node in the new dialog builder, introduced in v9.0 of the platform. For details related to the legacy dialog builder, please refer here.

To configure the Component Properties tab, please follow the steps below: 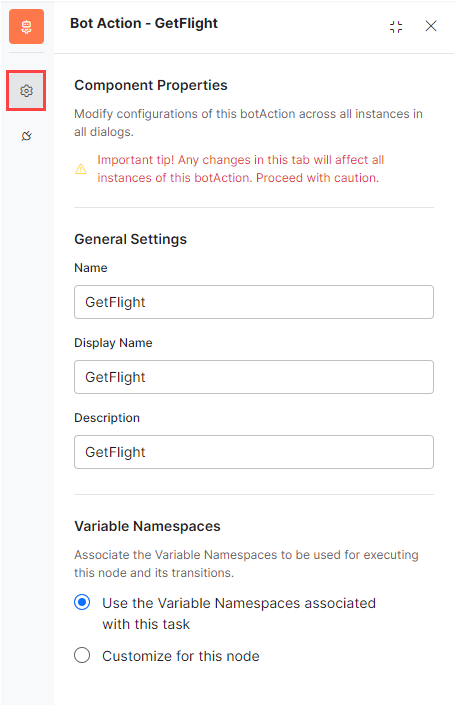 You can configure the following types of connections:

For Bot Action Group Connections, you can configure If-Else conditions. To do so, please follow the steps outlined in Adding IF-Else Conditions to Node Connections. 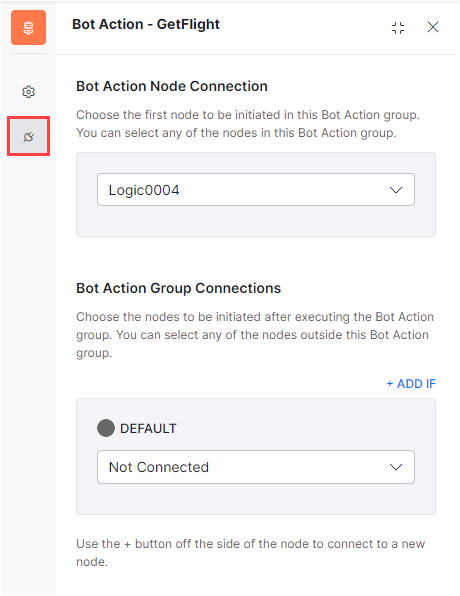 To manage the nodes contained within a Bot Action node, please follow the steps below: 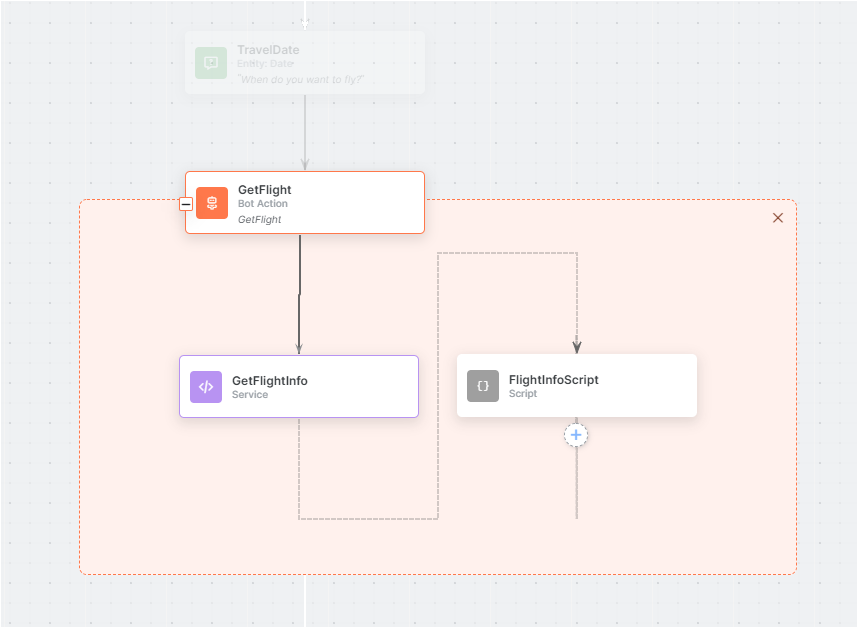