The Logic Node provides a simpler experience to developers, facilitating the use of context variables and the definition of complex transition conditions. Its two primary features are:

This article shows you how to add and configure the Logic node.

Keeping this in mind, the setup of a logic node in a dialog task involves the following steps:

To configure the Component Properties tab, please follow the steps below: 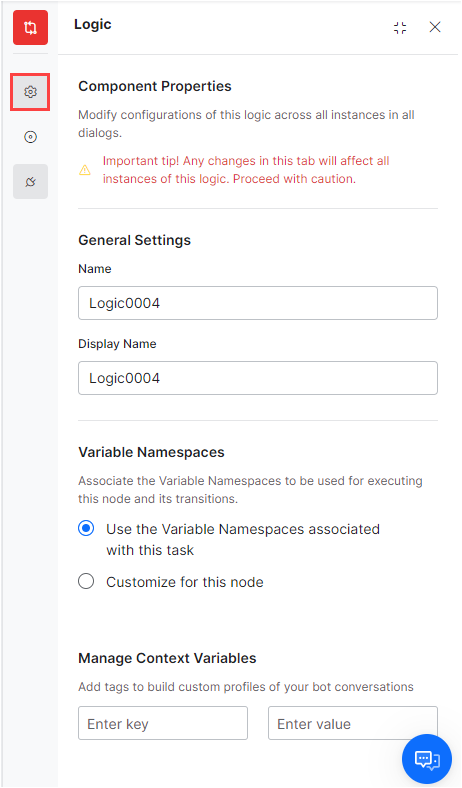 Use the Instance Properties to define any user tags that you want to set. 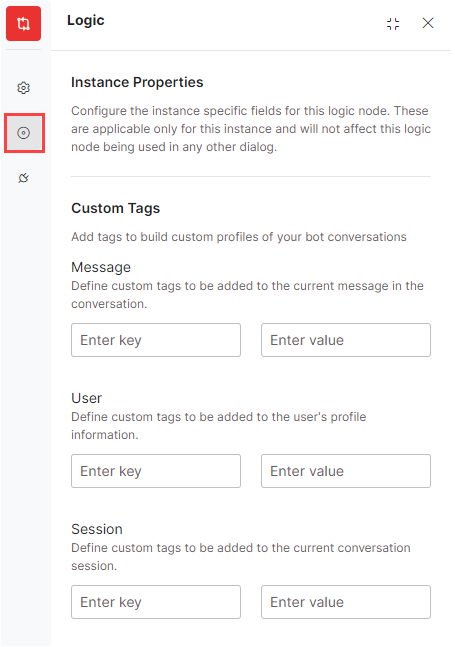 From the node’s Connection Properties tab, you can configure the following:

For both connection types you can write conditional statements based on the values of any Entity or Context Objects in the dialog task, or you can use Intents for transitions. 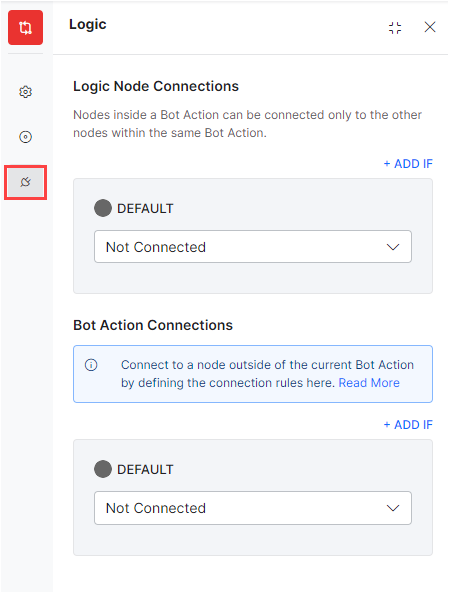