Kore.ai’s Universal Bots facilitate a scalable, modular approach to Bot building by helping you link several Bots into one.

Universal Bot is a container bot that can be linked with one or more Standard Bots. When a user interacts with the Universal Bots, it routes the user utterance to the appropriate linked bot for intent detection or task fulfillment.

The following flow chart shows the working of a Universal bot: 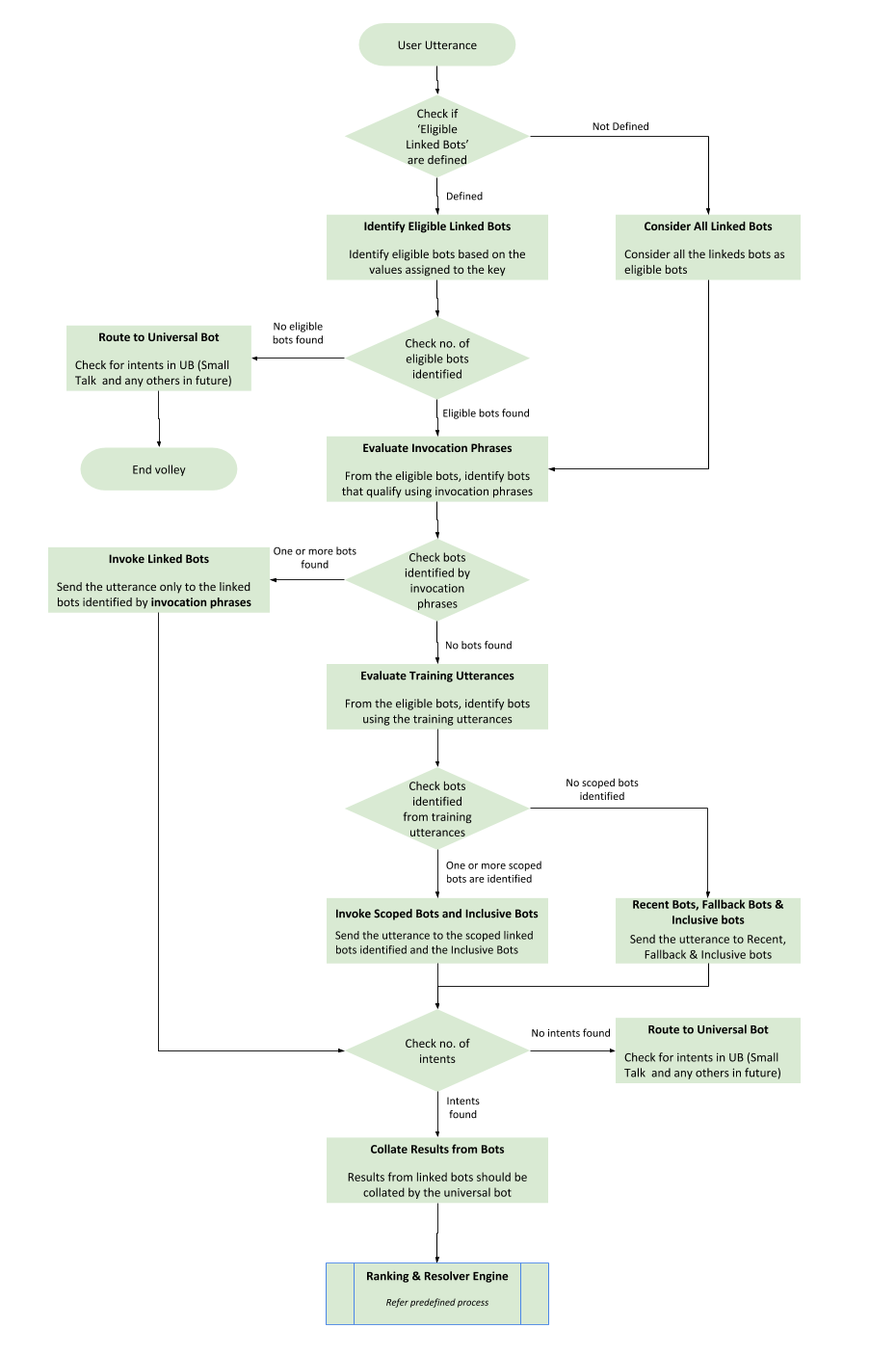 The following is the explanation for the above process flow:

Post ver7.3 release of the platform, new Universal Bots would be versioned as 2.0.

We recommend you upgrade since the older version of universal bot will be deprecated soon. The previous version of Universal bot has the following limitations:

Older version universal bots will prompt you to Upgrade when:

Once you upgrade, follow these steps to ensure that the user utterances are routed to the relevant linked bots:

Refer here for more on training the Universal Bot.