The Ranking & Resolver engine receives the outputs from the above engines and further processes them.

Here is a short overview of the various parameters that the R&R engine works with:

The NLP engine uses a hybrid approach using Machine Learning, Fundamental Meaning, and Knowledge Graph (if the assistant has one) models to score the matching intents on relevance. The model classifies user utterances as either being Probable Matches or Definitive Matches.

On the other hand, Probable Matches are intents that score reasonably well against the user input but do not inspire enough confidence to be termed as exact matches. Internally the system further classifies probable matches into good and unsure matches based on their scores. If the end-user utterances were generating probable matches in a published assistant, the VA sends these matches as Did you mean? suggestions for the end-user.

Based on the ranking and resolver, the winning intent between the engines is ascertained. If the Platform finds ambiguity, then an ambiguity dialog is initiated. The Platform initiates one of these two system dialogs when it cannot ascertain a single winning intent for a user utterance:

The wining intent is decided by the Ranking & Resolver as follows:

To set up Thresholds & Configuration for the Ranking and Resolver Engine, follow the below steps:

The Platform has two models for scoring intents by the Fundamental Meaning Engine and the Ranking & Resolver Engine:

Dependency Parsing Model can be enabled and configured from the Ranking and Resolver section under Build > Natural Language > Training > Thresholds & Configurations.

The Dependency Parsing Model can be configured as follows:

The Natural Language Analysis will result in the following scenarios, which will be discussed below:

To understand NLP detection, let us use the example of a Travel Planning assistant with the following details:

In this example, the following occurs:

In this example, both the FM and ML models show this intent as a match – Definitive and Probable respectively.

This scenario can be explained as follows:

In this scenario, we can see that: 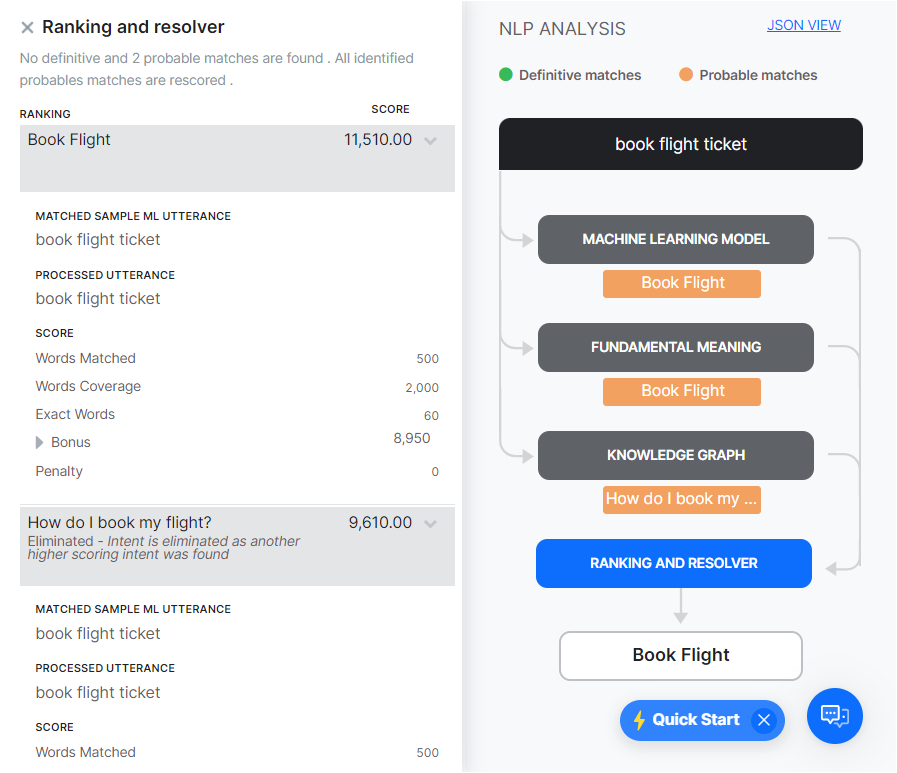 This example shows the following: 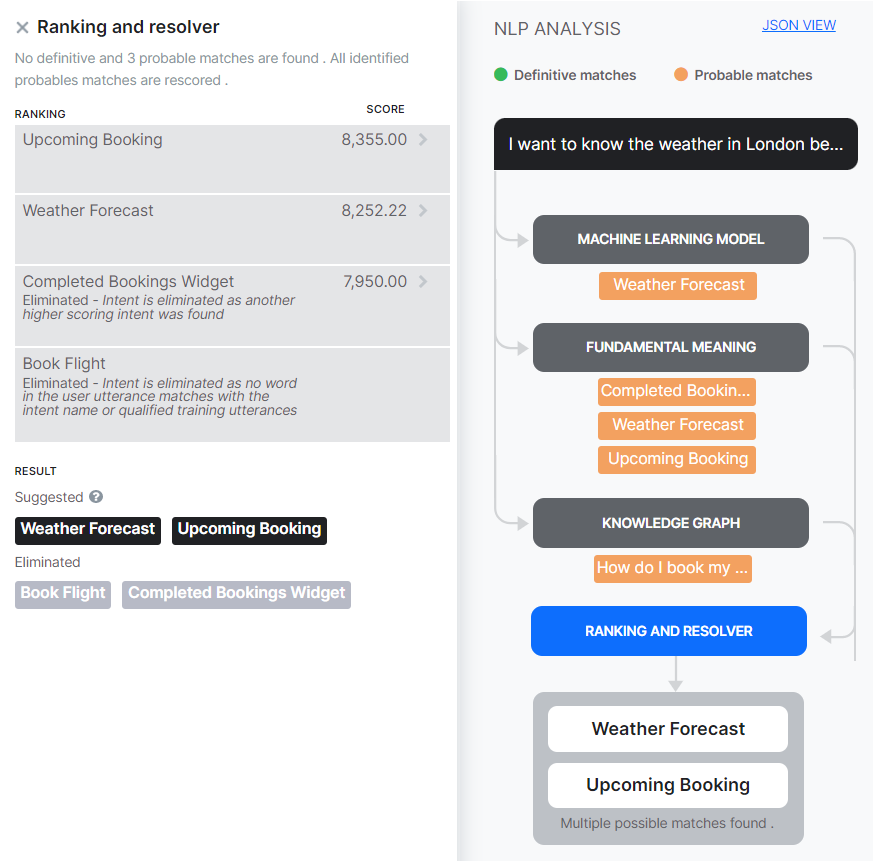 In this final example, there is no match for the utterance: