Node groups are primarily used for defining a group of nodes and representing them  on the dialog canvas. Note that it is not a part of the dialog flow.

Node groups can be used to improve the user experience with follow-ups, digressions, and amending entity values. For a use case example, refer here.

To add a node group to the dialog task, follow the below steps:

Using Node Groups you can scope the sub-intents that are to be allowed to be identified from the user utterance and executed while the user is at one of the nodes within the group. 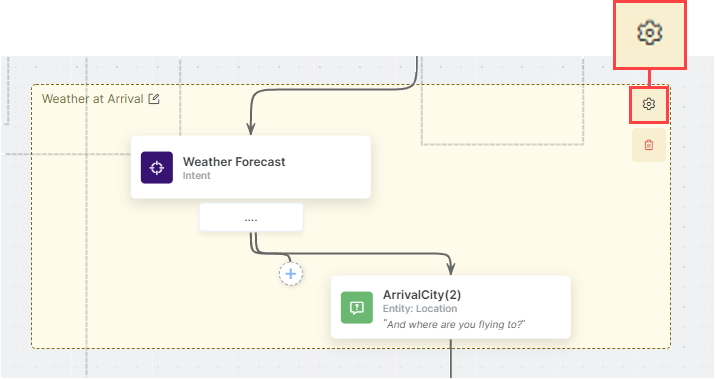 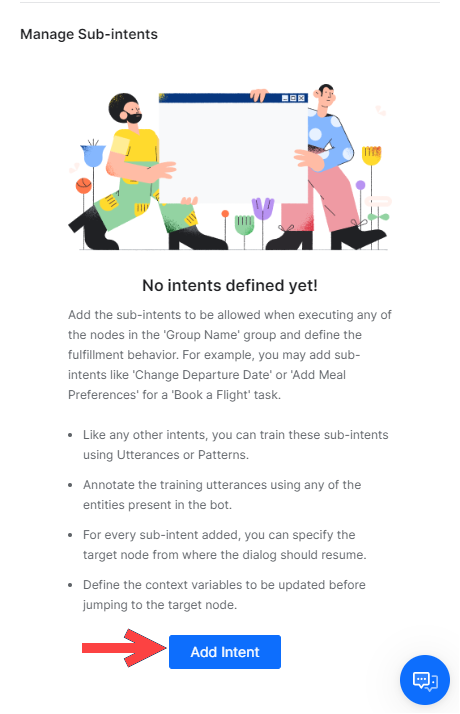 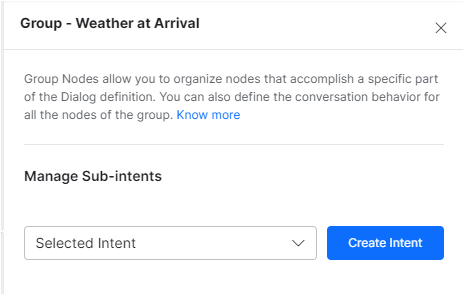 Once added, each of the sub-intent can be trained for recognition within this group. This would ensure that the sub-intent is identified in the group’s context. 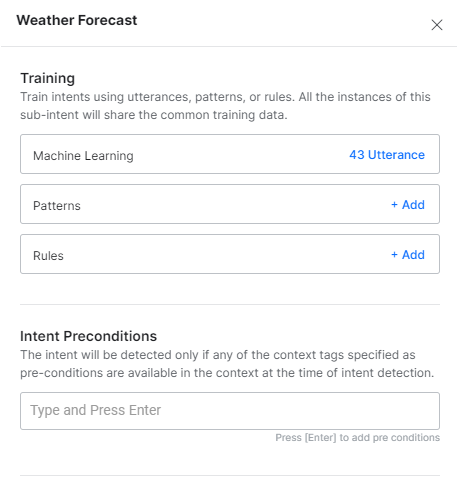 The fulfillment section can be used to define the actions when this particular sub-intent is identified from the user input. It includes the following properties: 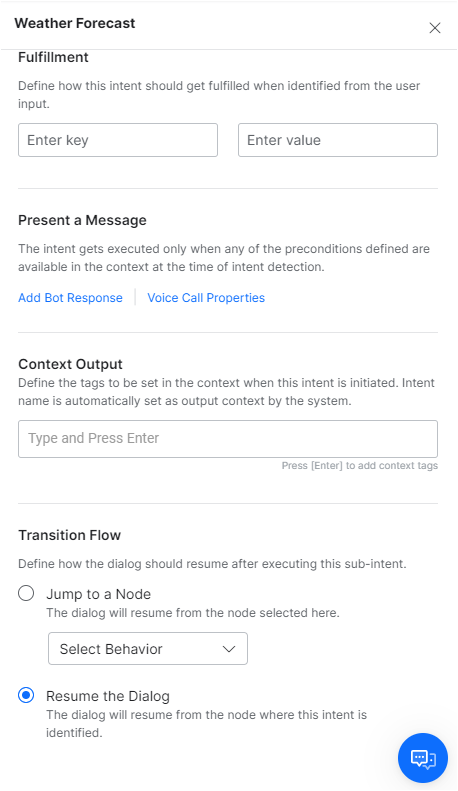 Following are the changes in sub-intent behavior within a group: