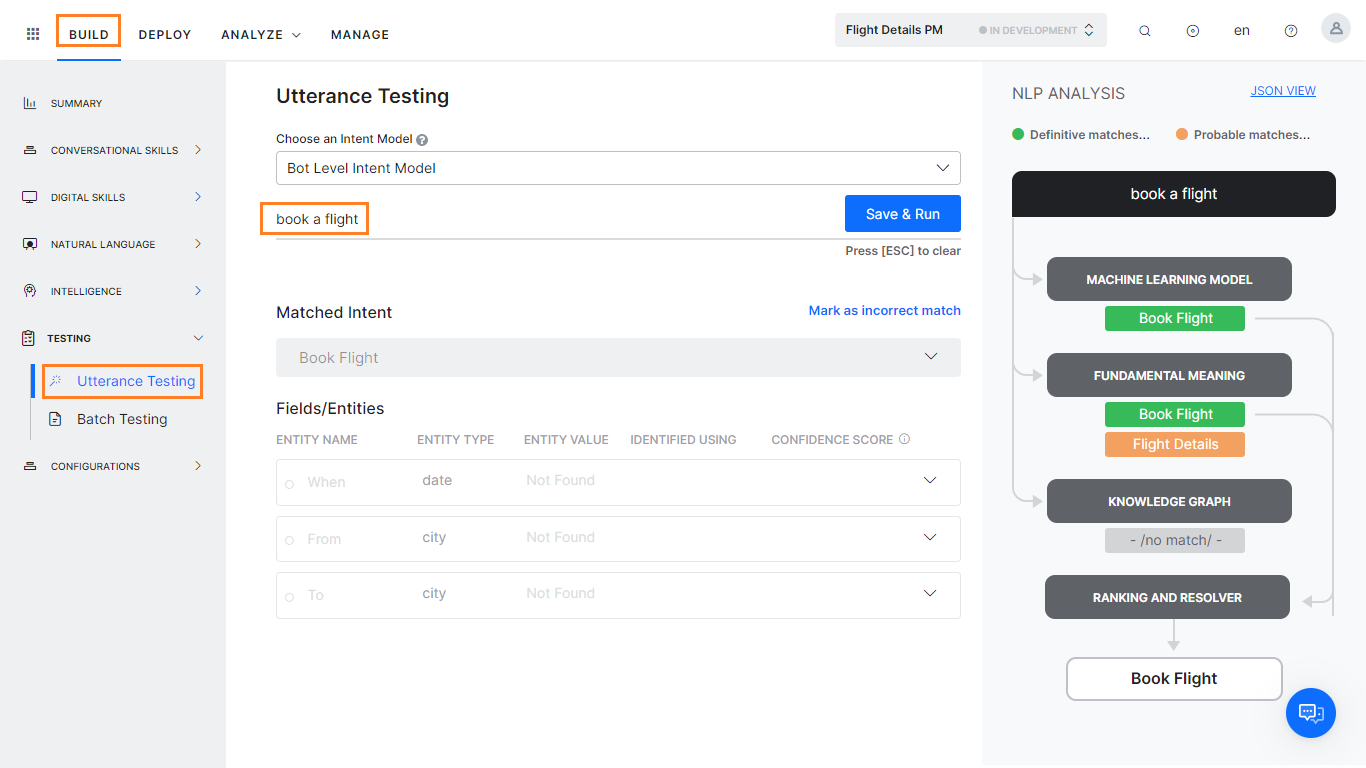 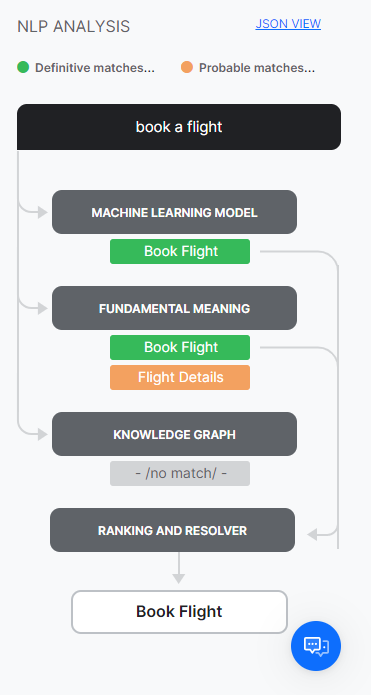 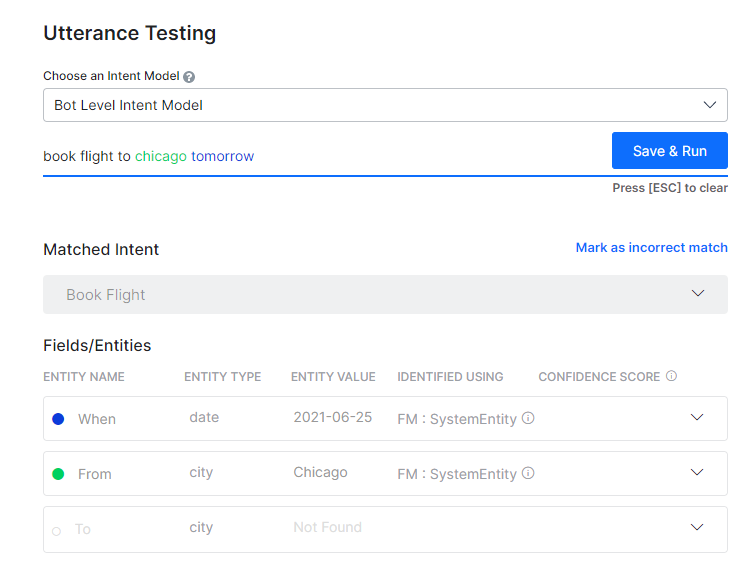 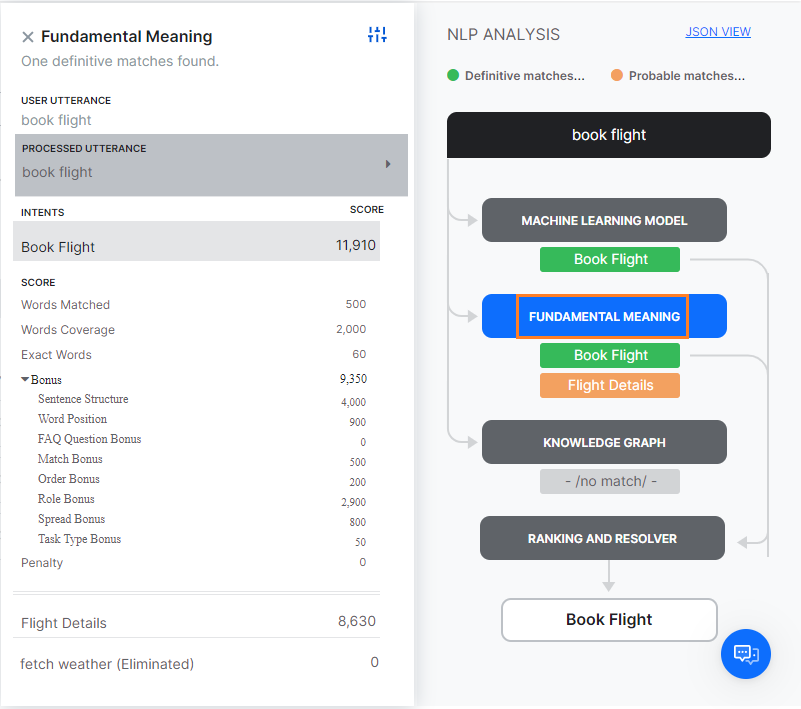 As mentioned above, the Kore.ai NLP engine uses Machine Learning, Fundamental Meaning, and Knowledge Graph (if any) models to match intents. If the NLP engine finds a single Definitive Match through one of the underlying models, you will see the task as the matching intent. If the test identifies more than one definitive match, you will receive them as options to pick the right intent.

If the models shortlist more than one possible match, all the shortlisted intents are re-scored by the Ranking and Resolver using the Fundamental Meaning model to determine the final winner. 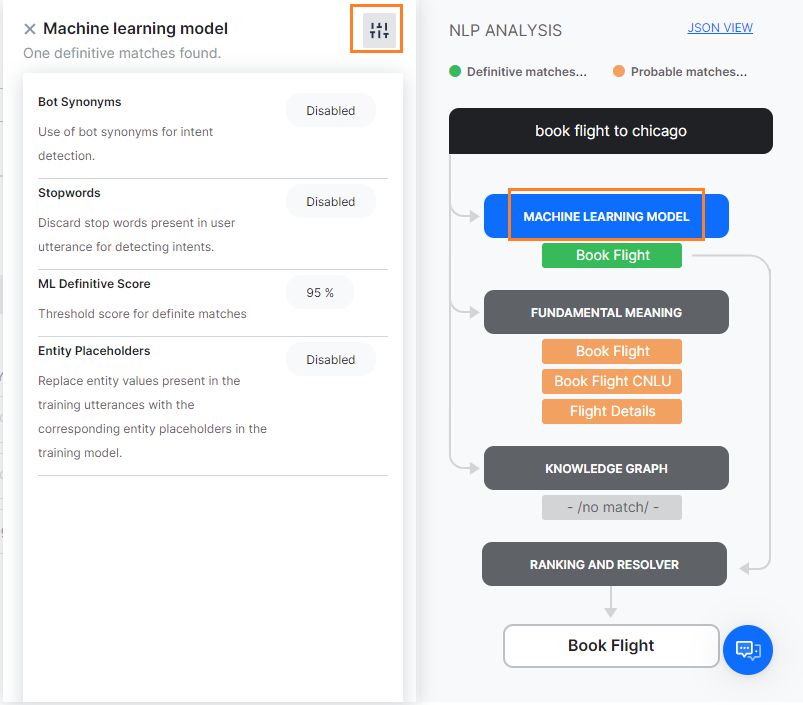 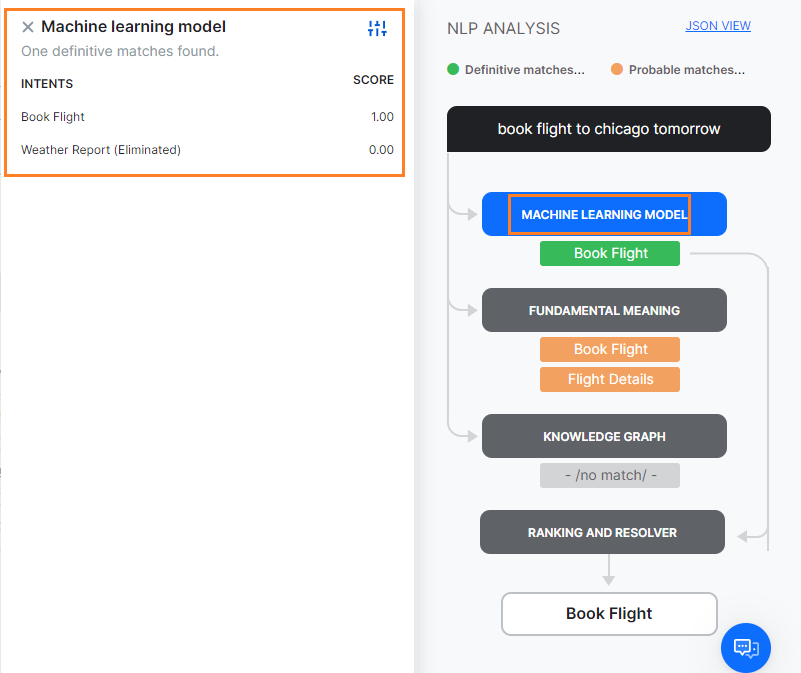 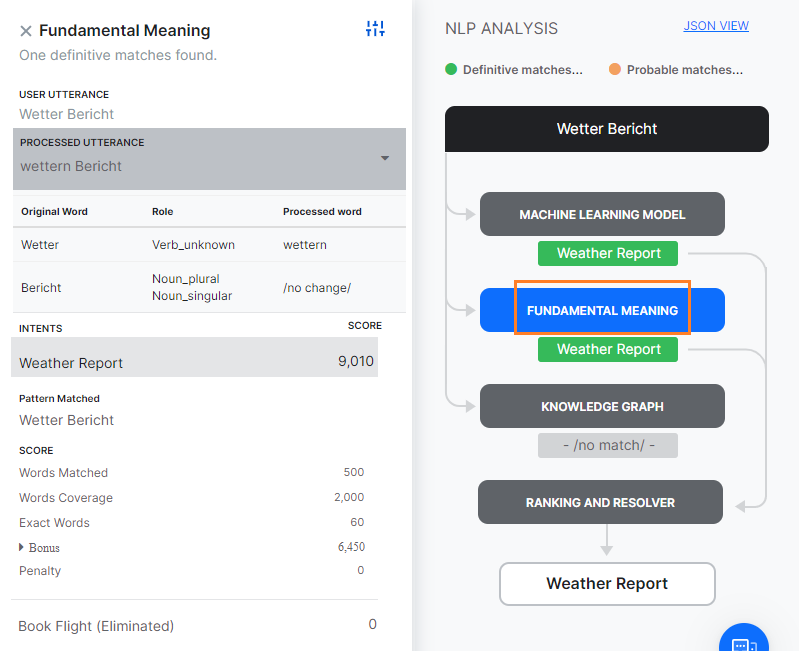 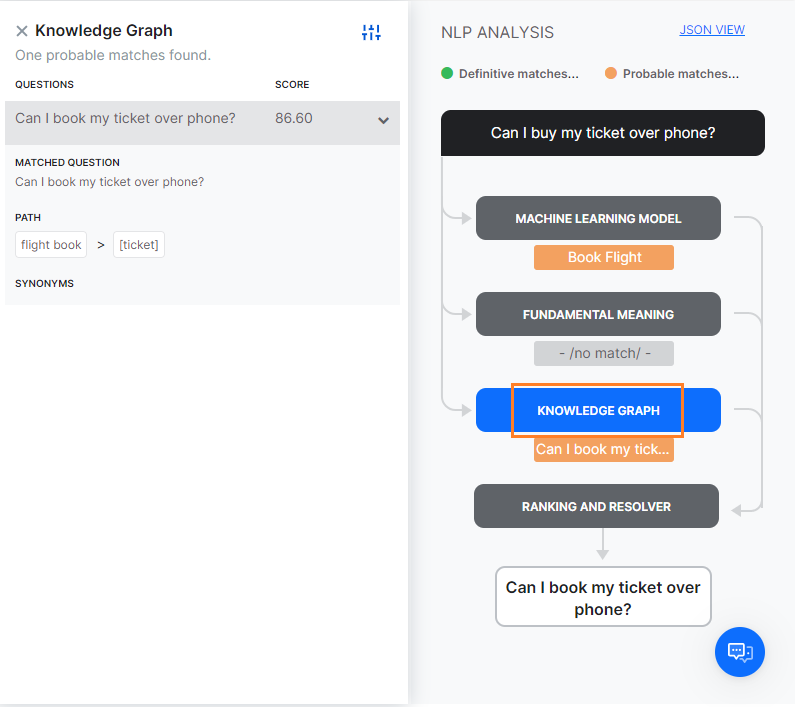 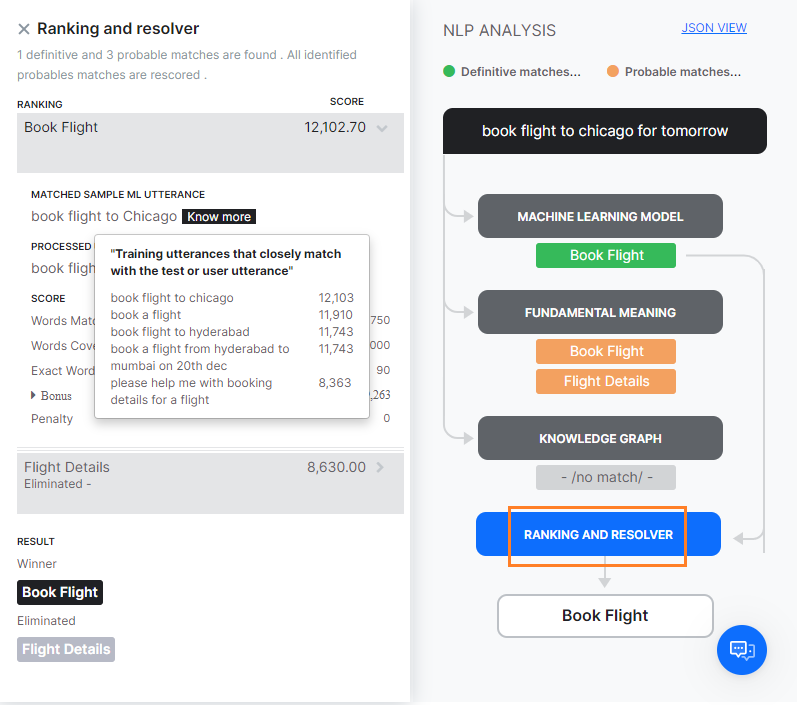 The basis for intent elimination by Ranking & Resolver when the three engines return different definite/possible matches is as follows: