This option can be accessed from the Deploy tab from the top menu, under the left menu option Bot Management -> Bot Versions. 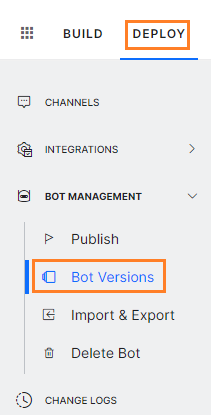 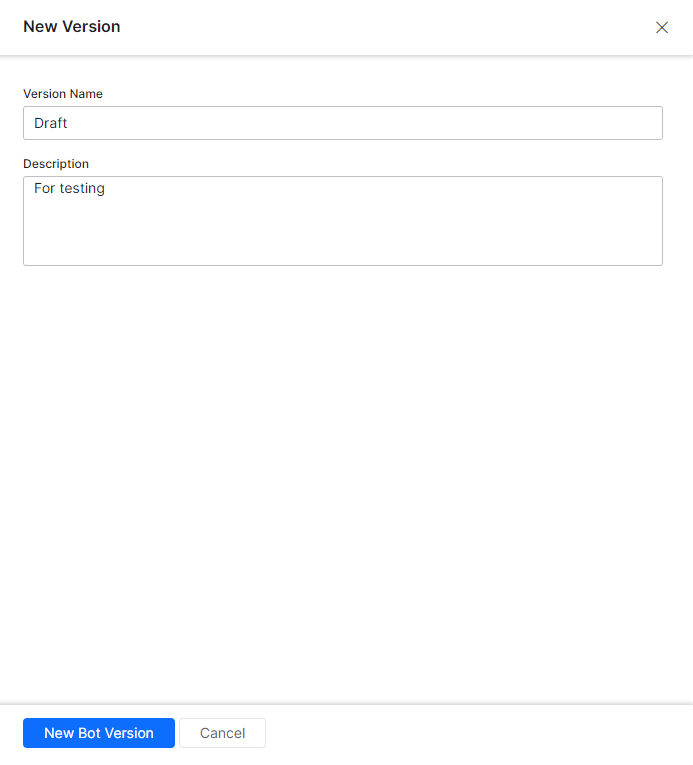 The following rules apply to Knowledge Tasks (per Language)

The following rules apply to Small Talk (per Language)

The Version Comparison feature allows you to understand the differences between different versions of the same bot. It helps to:

Using the Compare option against any version, you can compare any two versions of your bot to review the list of changes made to the bot definition between the two versions.