After you have defined your bot and configured one or more tasks, you should test your settings before you publish your NLP-enabled bot. Bot owners and developers can chat with the bot in real-time to test recognition, performance, and flow as if it were a live session.

To test your tasks in a messaging window, click the Talk to Bot

icon located on the lower right corner on the Bot Builder. 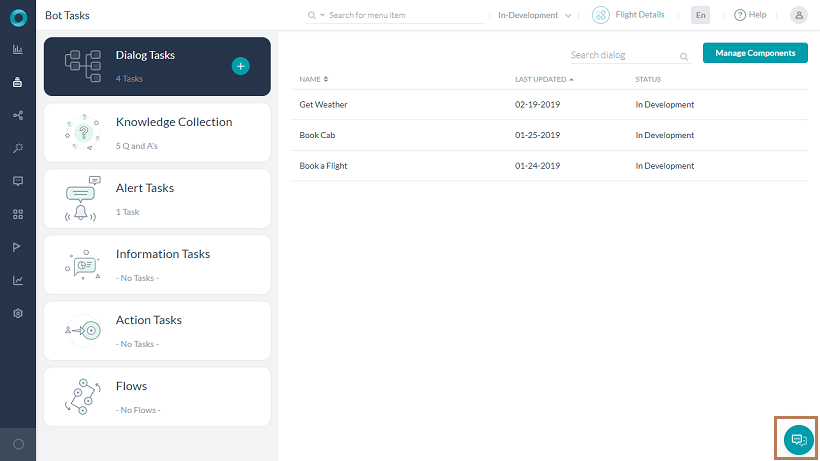 A messaging window for the bot is displayed and connected to the NLP interpreter as shown in the following illustration for the Flight Management Bot.

icon is not enabled until and unless at least one task is created. 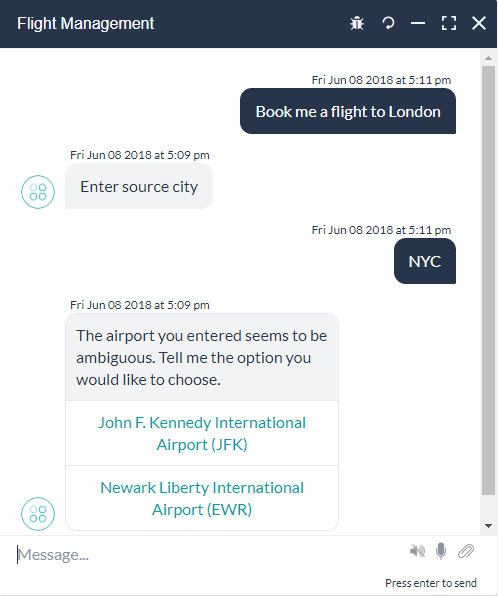 When you first open the window, the Bot Setup Confirmation Message field definition for the bot is displayed, if defined. In the Message section, enter text to begin interacting and testing your bot, for example, Book a flight.

The NLP interpreter begins processing the task, verifying authentication with the user and the web service, and then prompting for required task field information. When all the required task fields are collected, it executes the task.

You can open a debug window to view the natural language processing, logs, and session context and variables of the chat. To open the debug, click the Debug icon

located on the top right-hand side of the Talk to Bot chat window. The Debug window consists of the following tabs: Debug Log, NL Analysis, Session Context & Variables.

Debug Log provides the sequential progression of a dialog task and context and session variables captured at every node. The Debug log supports the following statuses: 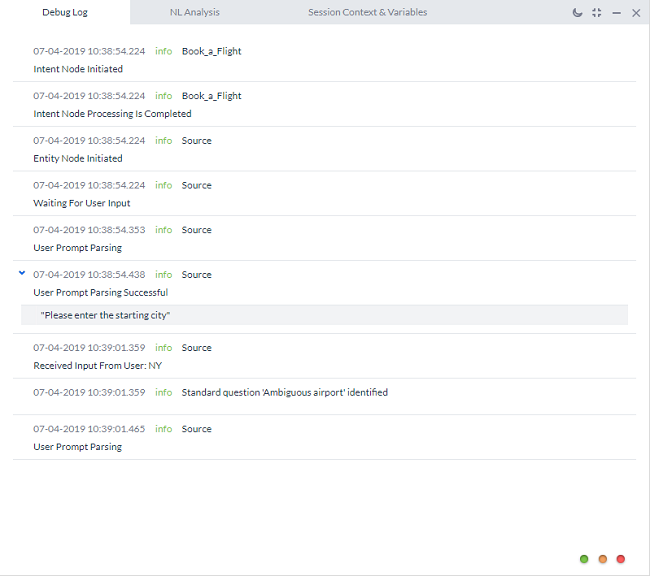 NL Analysis tab shows the task name analysis and recognition scores of each user utterance.  It presents a detailed tone analysis, intent detection, and entity detection performed by the Kore.ai NLP engine. As a part of intent detection, the NL Analysis tab shows the outcomes of Machine Learning, Fundamental Meaning, and Knowledge Graph engines. For a detailed discussion on the scores, see Training Your Bot topic. 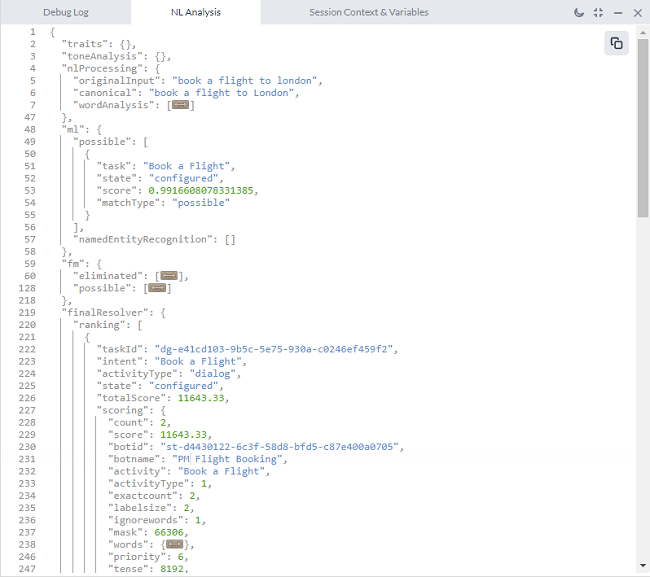 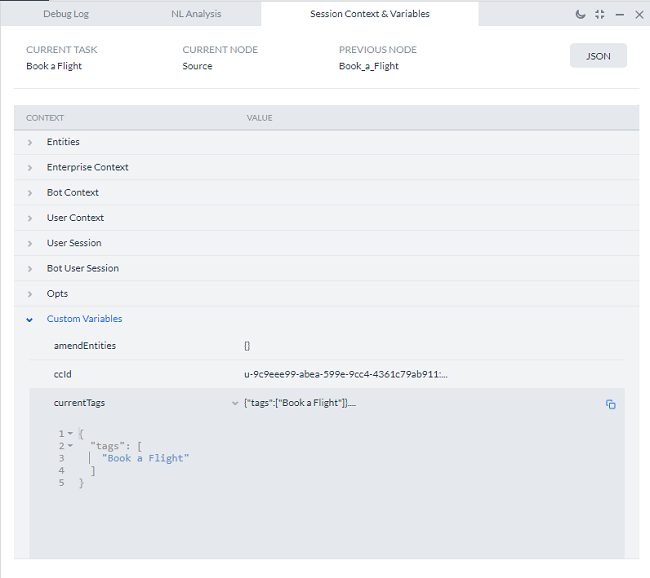 System Commands allow you to take control of the user-bot conversation during evaluation. These can also be injected into the bot using JavaScript code. The following commands can be used:

Be aware that if the bot recognizes any of these commands (except those defined in the custom concept) as a valid intent or entity value then priority would be given to the intent/entity recognized and the bot would process these phrases accordingly. The priority being – first intent then entity and lastly system command. 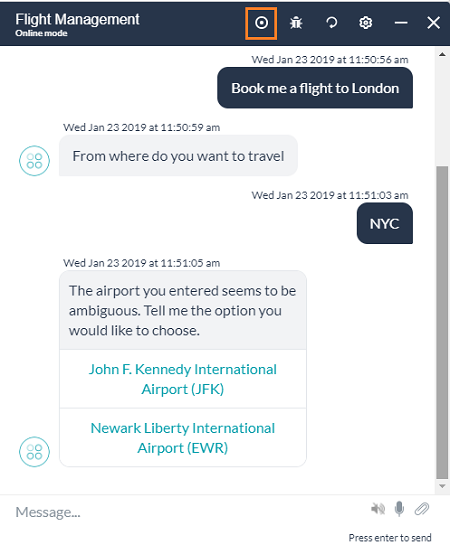