In natural conversations, it is very common that a user provides background/relevant information while describing a specific scenario. Traits are specific entities, attributes, or details that the users express in their conversations. The utterance may not directly convey any specific intent, but the traits present in the utterance are used in driving the intent detection and bot conversation flows.

For example, the utterance: My flight is late and I will miss my connection because of it expresses two traits: flight delay and emergency. In this scenario, the utterance does not convey any direct intent. However, the presence of the emergency trait is used to directly assign the conversation to a human agent.

The Traits feature of the XO Platform is aimed at identifying such characteristics present in user utterances and use them for intent detection and in customizing the VA definition using these characteristics.

Traits are entities that can be extracted from user input, before intent recognition. They can be used in multiple scenarios

We will discuss these in detail throughout this article, but first, let us look at a use case for traits.

A Travel Planning VA might have an added requirement to book a flight based on the cost preference.

You might have the following user utterance: I am looking for a low-cost option to London, which must result in ordering the available flights and picking the lowest-priced ticket.

The ML Model for Traits

When choosing to train traits using the ML model, by default, the n-gram model is used. An n-gram is the contiguous sequence of words used from training sentences to train the model. But this might not be effective when the corpus is very less or when the training sentences, in general, contain fewer words.

From v8.0 of the platform, an option is included to skip or use the n-gram model. Further, the option to parameterize the n-gram algorithm is included.

Intent detection or Dialog execution is achieved using traits, along with the ML utterances and patterns. To achieve this, intent must be associated with the required traits by adding Rules.

Each rule can have one or more conditions with AND as the operator. Multiple trait rules can be defined for a given intent and the intent is considered as a definite match if any one of the rules matches. 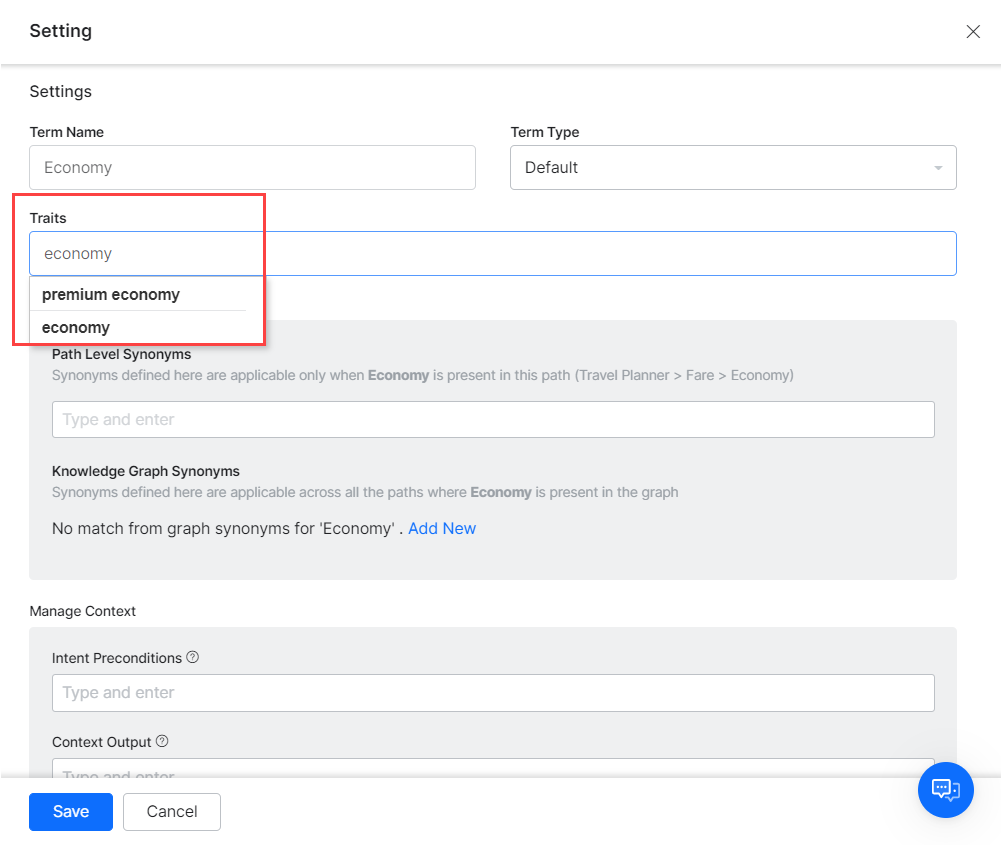 Only one trait from a group (trait type) will be detected and is considered as a definite match.

Traits detected are included in the context object. The context is populated with unique traits identified (without reference to trait type). This information can be used in: 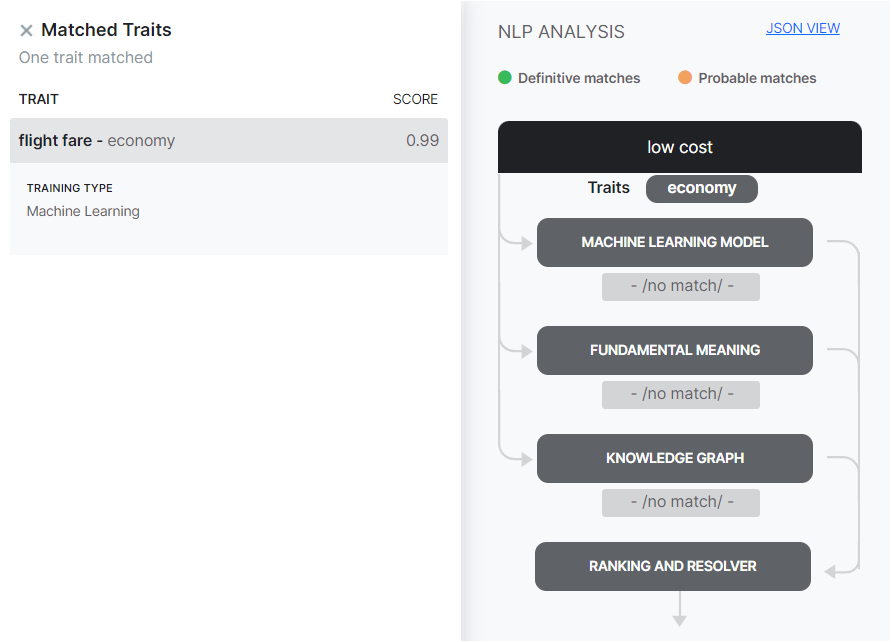 The Conversation Flow is controlled using Traits. For a Dialog, Connection Rules are defined using the Trait Context. This is done from the Connection tab under the Properties Panel for the Dialog.

The Traits Context is accessed using context.traits. It returns an array of all traits matching the intent, hence the condition to be used is ‘contains’. 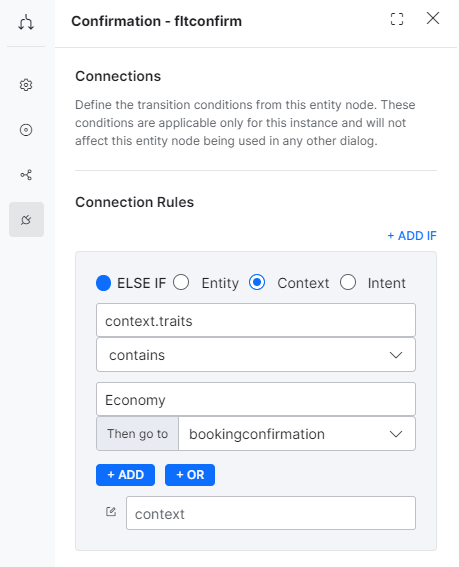