In this How-To, we will explore a scenario in a Banking Bot, where, sharing the context across intents, FAQs helps in improving the user experience and efficiency of the Bot. Also, we will be looking at how the context can be used within a dialog flow to determine the sequence of events.

For details on what Context Management is and how it is implemented in the Kore.ai Bots platform, refer here.

Consider a Banking Bot trying to address the following scenarios:

This document gives a detailed step-by-step approach to achieving all the above-mentioned scenarios using – context tags and variables, input pre-conditions and output context, and emit entity value features of the platform.

Let us consider each of the above scenarios one by one.

Sharing content needs to be handled differently in the two cases mentioned:

The following is the scenario where the Transfer Amount dialog invokes the Get Balance task to check if the Payer Account has sufficient funds for the transfer. 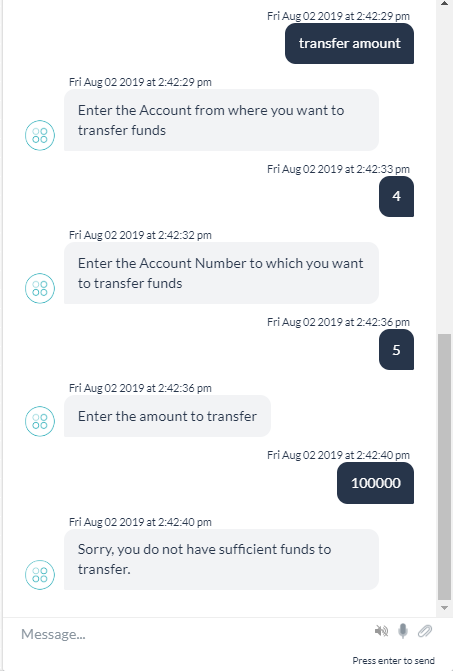 We will be using the Bot scoped Context Variables and Entity Pre-Assignments to achieve this.

We need to invoke Get Balance from Transfer Amount, check for funds and proceed accordingly

Next, let us modify the Get Balance dialog to check for transfer tag and populate the Bot Context variable if needed.

Test the Bot to see the changes in action.

The following is an example of this use case. Users can at any point and time during the Transfer Amount check account balance before proceeding with the transfer. 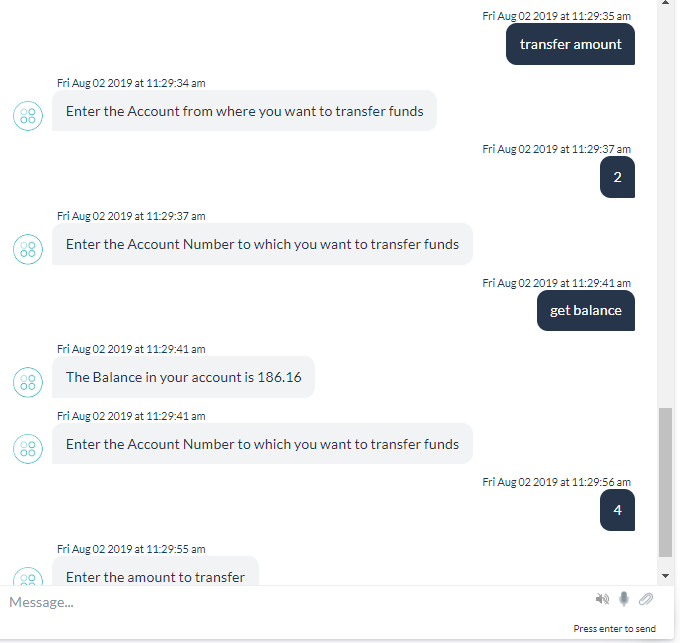 Let us see how this can be achieved. We will be using historic tags – system generated and custom tags. The historic tags get transmitted from one intent to another automatically.

Steps:
First, modify the Transfer Amount to populate the appropriate tags and configure the Hold and Resume settings:

Next, modify the Get Balance dialog to capture the data sent by the Transfer Amount

Run the Bot and see the changes taking effect.

The Update Account intent should be invoked only through Transfer Amount. There are two things that can be done:

The following Knowledge Collection is used in this scenario: 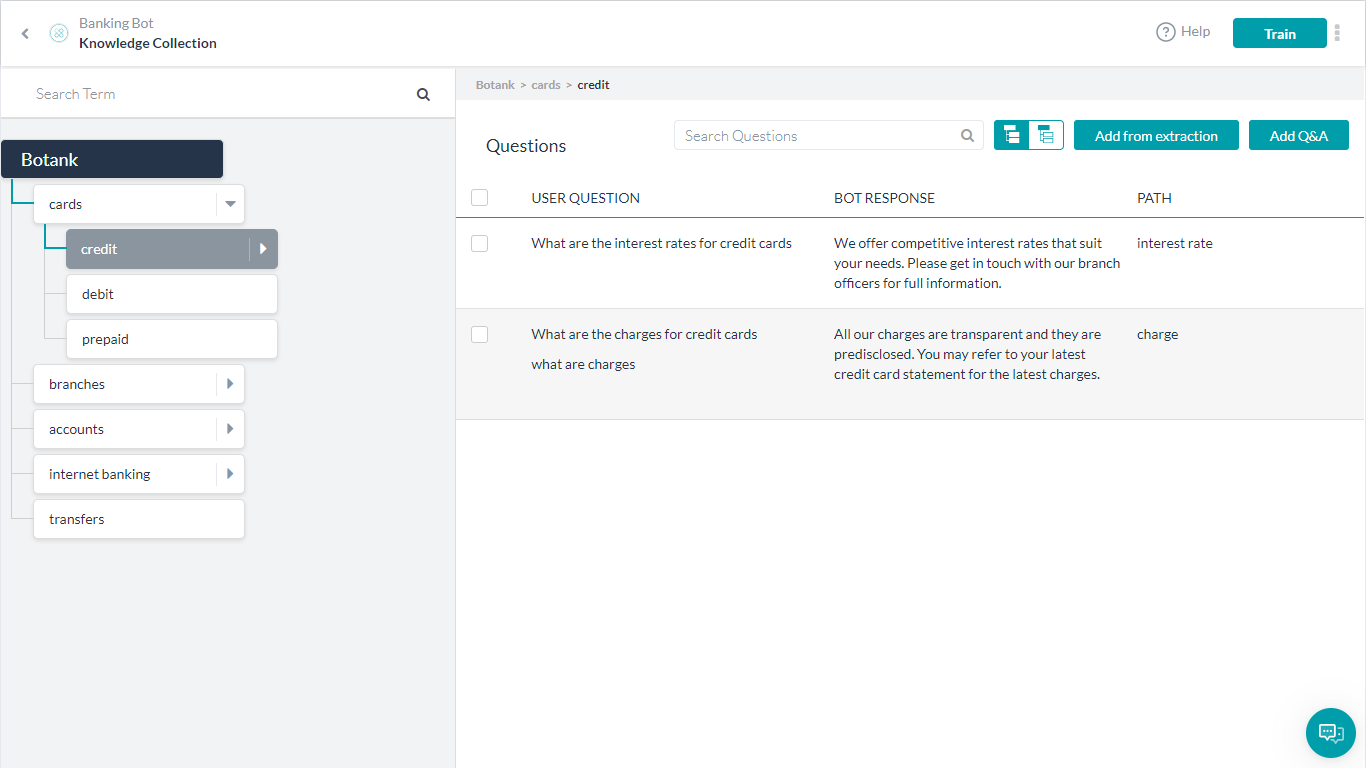 The use case is as follows: 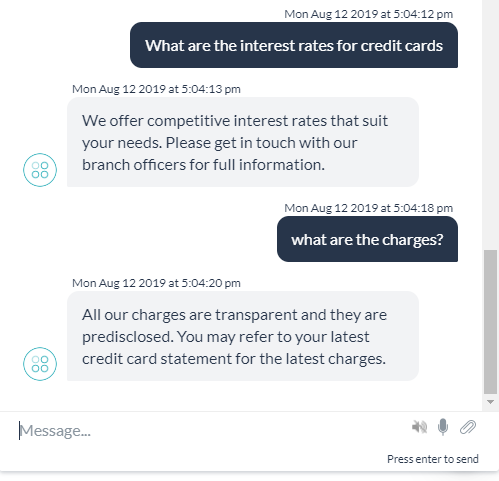 In the second question, the word charges is in the context of the credit card. To enable it, all you need is set a flag, rest the platform takes care. For each question answered the Context tags are set automatically, we just instruct the platform to use them appropriately.

Sharing context between intents and FAQs

The following Knowledge Collection is used in this scenario:

Primary Question: What are your transfer rates?
Alternate: what are the rates?

The use case here is that the user might, during the transfer amount, ask about the rates. This should result in the appropriate FAQ being triggered to answer the query. 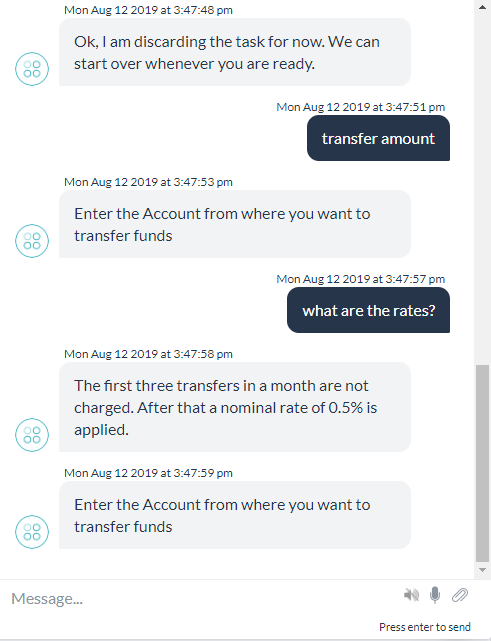 But this will not solve the use case described. It would answer the direct question – “What are the transfer rates” but not “What are the rates”. The reason being the FAQ not picking the context. To ensure that the context is picked by the FAQ: