Bots Platform currently supports the following languages. While most of the features are supported in all languages, there are some exceptions, see here for more details. 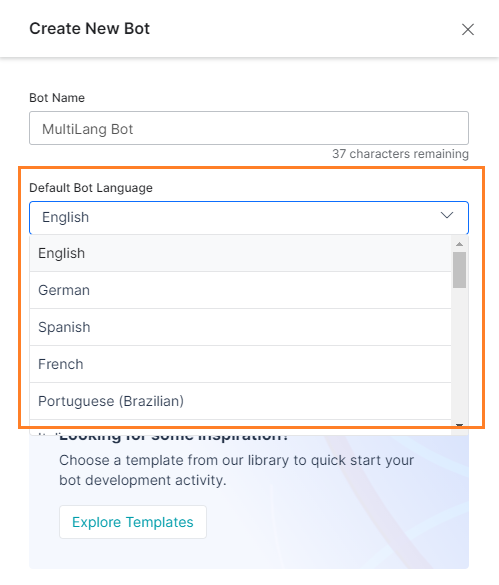 You can configure a new language for the bot in the following two ways:

If you want to configure the new language for the bot quickly and translate the bot elements incrementally, you can begin by copying the configuration of the default language for the new language. It replicates the bot definition for the configured language but continues to have all the bot elements in the default language, which you can translate from the application UI.

Once you have configured and enabled a language you can:

NOTE: Any change in language settings, needs to be published before it can take effect in the published bot.

Multilingual bots auto-detect and switch language based on the user’s utterance. An exception to this rule is when the user is expected to enter a value against an entity and the user input satisfies that entity’s criteria.

The bot continues to communicate with the user in the same language. If the user switches to another enabled language anytime later, the bot changes to the new language automatically.