Kore.ai Dialog Tasks represent a full conversational flow between a user and a bot with a network of nodes that are connected using conditions.

For example, if you create a banking bot, the tasks you want your bot to do for users is to:

Dialog tasks also handle multiple user intents within a single conversation. For example, Pay Bills is a typical question in a Banking Bot, followed up with Transfer Funds or Check Balance. You can create a dialog task to encompass a full conversation with multiple outcomes as a single task.

A dialog task begins with a root intent, Pay Bill; can branch out into subtasks, Check Balance; then return to the primary task. The branch flow is determined at the runtime by the user input or selection.

The following is a typical dialog task for Funds Transfer: 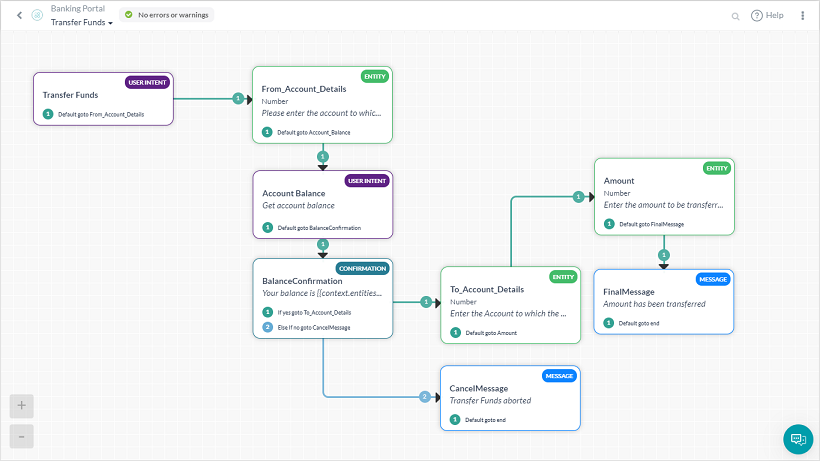 The Dialog Task Builder is the user interface to build Dialog Tasks. Dialog Tasks consists of a set of connected nodes and branch paths the bot can take based on a user conversation. Click here to know about how to use the Dialog Builder Tool.

To add a dialog task, follow the below steps: 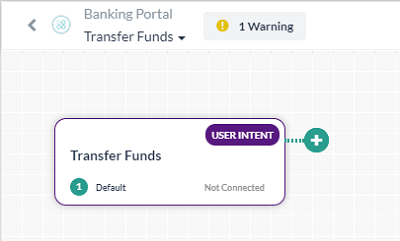 Now, you are ready to add nodes and establish transitions between these nodes for your workflow. Click here to know about Nodes & Transitions.

There are scenarios where you need to create two similar dialog tasks with minor differences. You can achieve the same with the Clone option available for the given dialog from the Dialog Tasks page.

To clone a dialog task, follow the below steps:

The following are the properties of a cloned dialog task: