Conversation Flows provide a visual representation of your user journeys and give insights into commonly used tasks, utterances that guided the conversations, preferred paths, and usage details. You can also view the dropout rates at various stages of the conversation. Every user interaction session is plotted as a flow and it represents the unique path that the users have traversed during the session.

Note: Conversation Flow is available only for Published Bots with which the users have interacted.

Every flow starts with an intent that the user has invoked to initiate the conversation and expands to show further interactions. Every conversation flow typically starts with one of the following intents :

To view the conversation flows, from the left navigation, select Analyze -> Conversation Flows 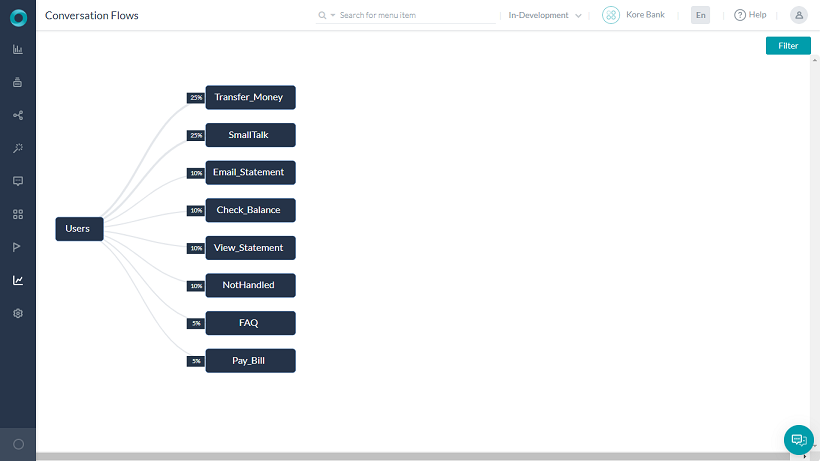 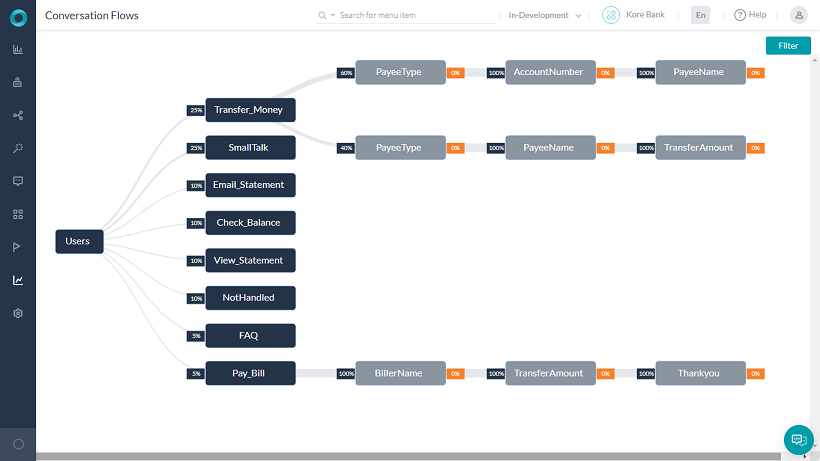 On Hover, every node shows: 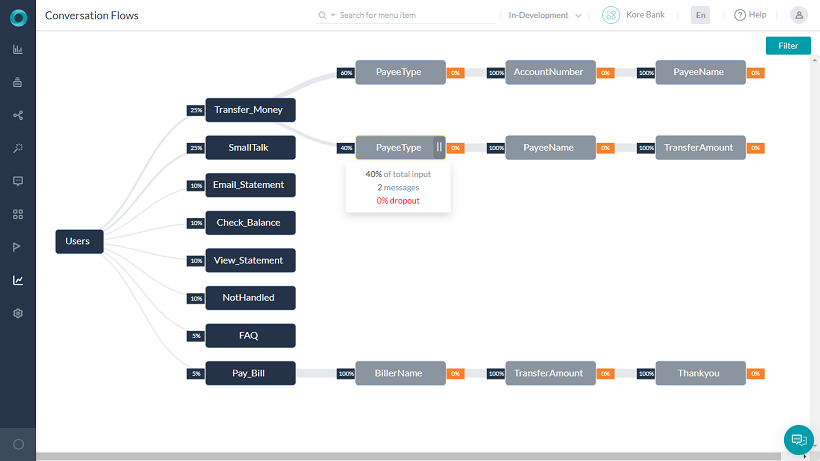 Hover over any node and click the vertical bars, to display user response to that node – intent or entity value etc.. 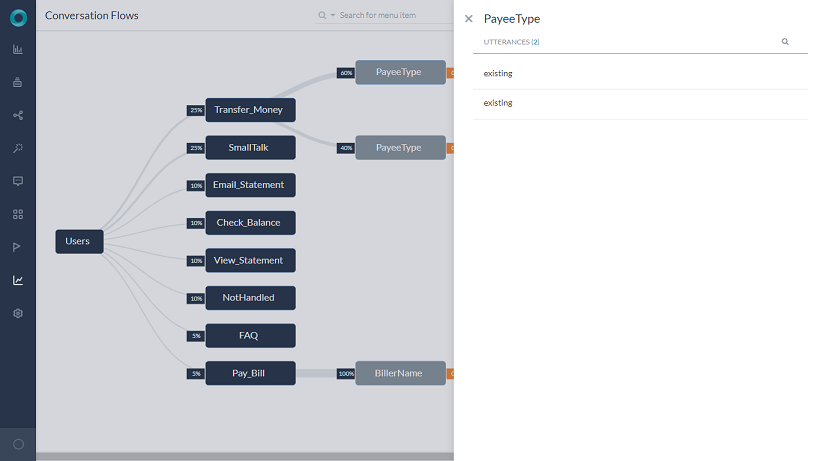 The Conversation Flow graph can be filtered using one or more of the following criteria: 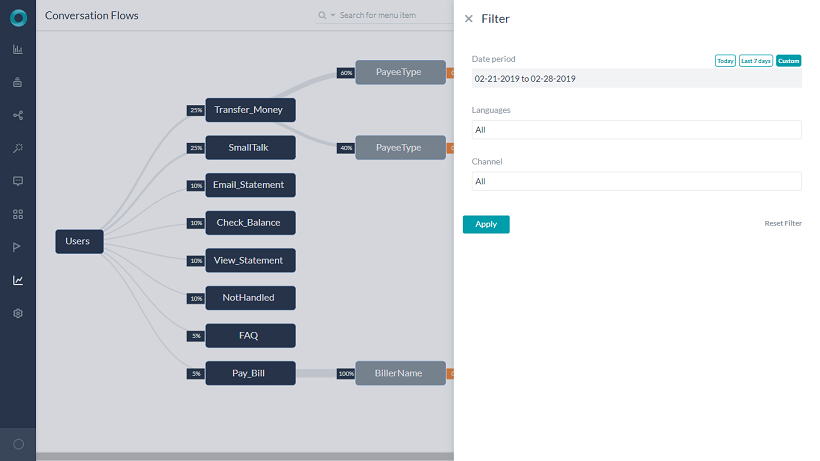