This feature was released with v7.3 of the platform and is in

NOTE: This feature was released with v7.3 of the platform and is in Beta state.

This option can be accessed from the main left navigation under Settings -> Bot Management -> Bot Versions. 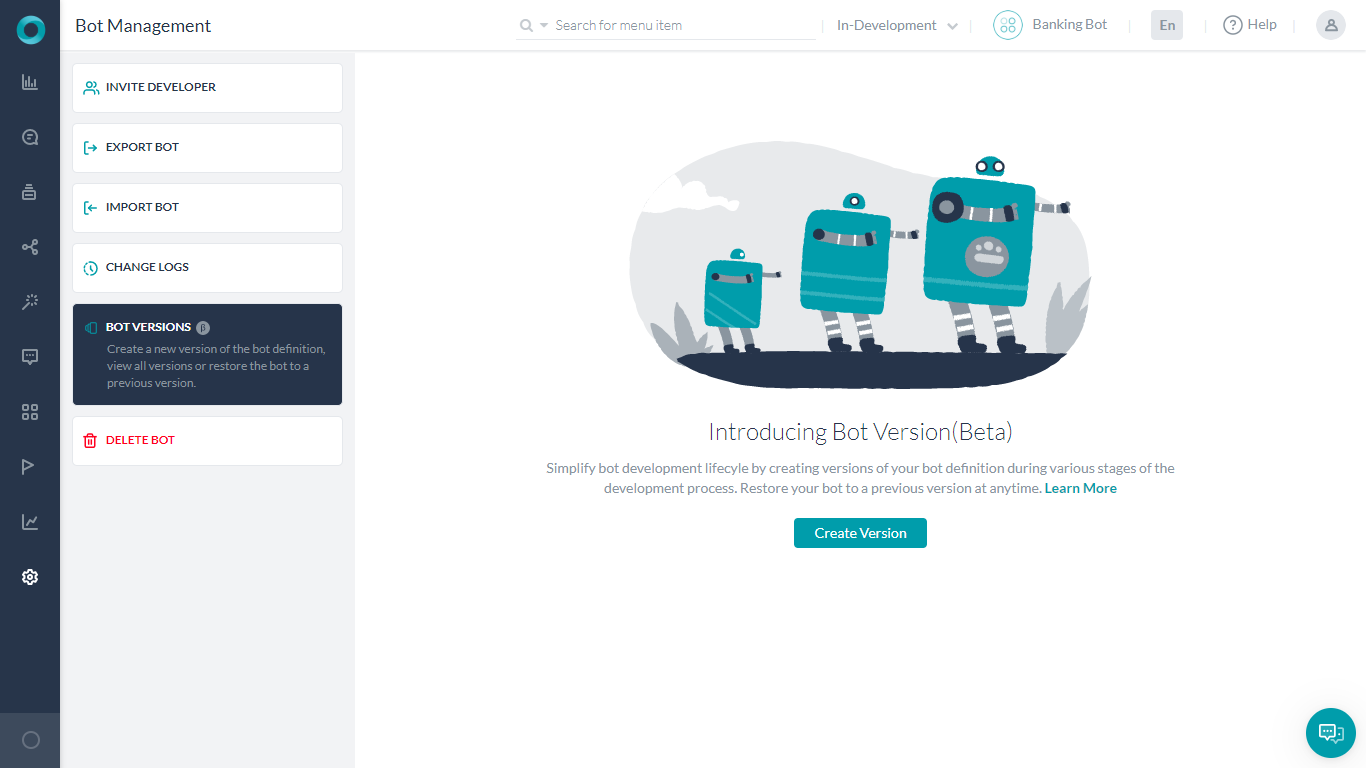