NOTE: Small Talk testing cannot be automated, you have to use the Utterance Testing option from the Testing section for it.

The New Test Suite enables you to import an array of test utterances collectively at once in a batch file, also known as a Dataset. The Dataset file needs to be written in CSV or JSON format and can have a maximum of 10000 utterances. You can download the sample CSV or JSON file formats as part of the test suite creation using the New Test Suite option. 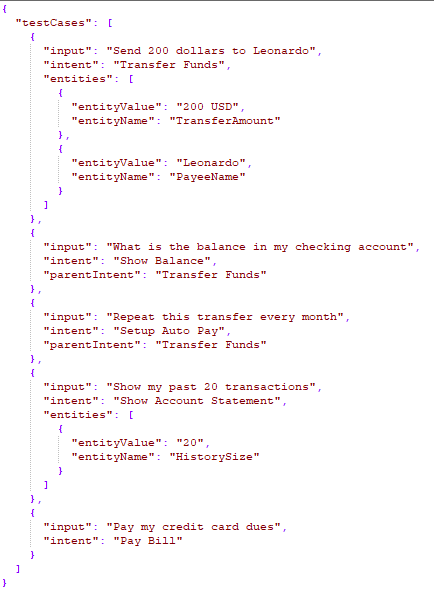 To get a detailed analysis of the test run, click the Download icon to download the test report in CSV format. You have an option to delete the test results, if needed. The top section of the report comprises the summary with the following fields: