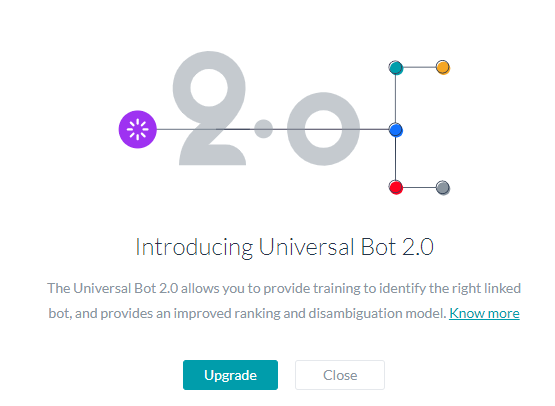 Post-release of the ver7.3 of the Bots platform, Universal Bot functionality has been enhanced to enable training of the same. This section details the steps in training the bot, for more details on training refer here.

After you have defined, trained and saved a new configuration for a Universal Bot, it becomes visible on the Bot Builder home page. It is not available to users other than the developers of the bot until it is published and approved by the Bots Admin.