When many standard bots are linked together in a universal bot, the NLP settings may have to be optimized for several user utterances to accurately recognize the relevant bot and intent. Testing the universal bot is similar to testing a standard bot where you type a user utterance and analyze the results. However, in case of the universal bots, you do not just see the shortlisted intents for the utterance but also the bots to which they belong. The name of the bot is prefixed to the intent in the following syntax: Bot Name: Task Name
We will use the example of a travel portal’s universal bot that consists of two standard bots: Hotel Booking, Flight Booking for use as examples.

The results show up below with single, multiple, or no matching intents. For example, below is a multiple match result for the Book Flight utterance. 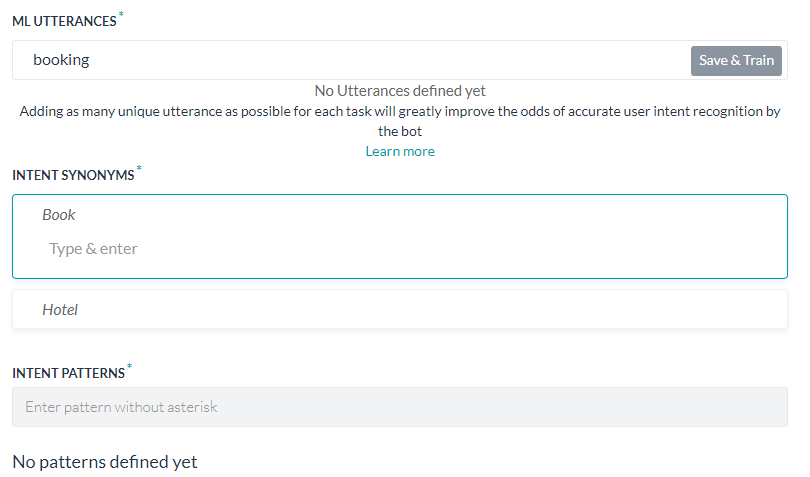 Note: Refer to Training a Bot if you need help with the fundamentals of training bots in the Bot Builder.