The following steps will guide you on how to run a batch test on your bot and obtain a detailed analytical report on the utterances based on the test results.To get started, click Batch Testing in the Natural Language section on the builder. 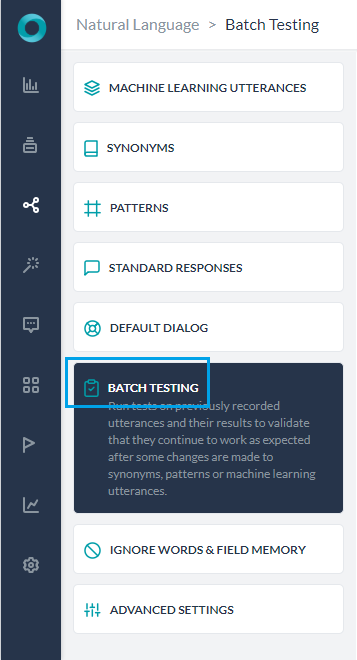 The batch test result in the screenshot above includes following information:

To get a detailed analysis of the test run, click Download icon to download the test report in CSV format. The top section of the report comprises of the summary with following fields:

Tip: For any of the batch tests, if results indicate that your bot is unable to recognize the correct intents, you can work on improving its performance by adding or modifying utterances to Machine Learning model.
Was this article helpful to you? Yes No